In March 2013, Barcelona once again became the European capital of Biotechnology with the holding of BIO-Europe Spring. This benchmark meeting is organised by the EBD Group company and annually attracts the principal leaders from the biotechnology and pharmaceutical sectors in Europe.

The seventh staging of BIO-Europe Spring brought together more than 2,000 high level executives and investors from 1,219 companies and institutions linked to the life sciences, such as large pharmaceutical companies, spin-offs, biotechnology innovators and venture capital firms from 50 countries around the world.

The participation of 58 Catalan companies and organisations was notable, with 180 delegates out of a total of 267 from Spain. This figure represents an increase of almost 50% compared to the number of delegates who participated in the previous edition of BES in Barcelona, in 2010, where there was a total of 126 out of 219 for the whole country.

Once again, the conference facilitated contact between entrepreneurs, managing directors of multinational companies and SMEs, patent agents, service providers and investors. During the three-days of BIO-Europe Spring more than 2,000 licensing deals were made and 11,000 one-to-one meetings between participating companies were held, many of which translated into commercial, financial and research agreements.

The meeting was structured around the Parallel Workshops, that looked at alternative models of funding; Parallel Panel Discussions, on various topics related to R&D and business development; presentations from companies (more than 130); and the holding of the Therapeutic Insight Forum by Defined Health, where the challenges and opportunities for the biopharmaceutical and biotechnology industries around a selection of diseases were presented.

In addition to the official conference programme, Biocat collaborated in the organisation of parallel activities such as aperitif-networking session with a delegation of French companies organised by Ubifrance, the 2nd Women in Bio networking breakfast organised by Ysios Capital Partners, and the 1-day Valuation course: how to valuate biotech companies and products, organised by Venture Valuation and the Centre for Executive Leadership for the Pharmaceutical Industry (CEL for Pharma).

In addition, coinciding with holding the BIO-Europe Spring in Barcelona, Biocat held several meetings with international partners of the HealthTIES and ETTBio projects.

Barcelona is reaffirmed as a key city for biotechnology

The Host Committee of the conference was led by Barcelona City Council and Biocat and also included the Generalitat de Catalunya, Invest in Spain, the Spanish Association of Biocompanies (Asebio), CataloniaBIO, the Barcelona Chamber of Commerce, the Museu Nacional d'Art de Catalunya (MNAC) and the Barcelona Maritime Museum

The BIO-Europe Spring 2013 conference had a very positive impact for the city of Barcelona generating an economic benefit of 2,200,000 euros, half from direct investment in the event and the remainder as a result of the presence of more than 2,000 delegates and their impact on the local economy. 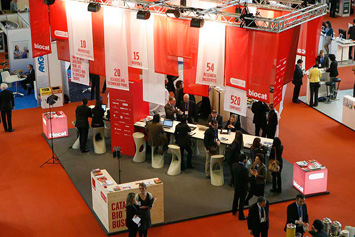 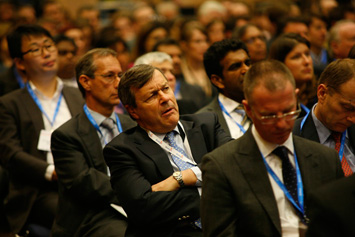 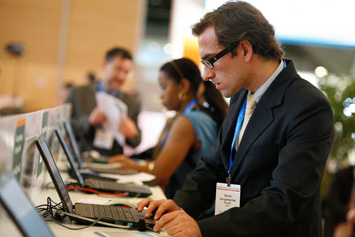 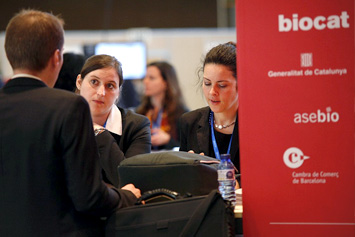