For the sixth year in a row, the BioEmprenedorXXI programme has promoted the creation and growth of innovative companies in the field of the life sciences. A momentum that has been created, throughout 2013, through training, advice and assistance activities for entrepreneurs who have a business idea or companies in their initial phase.

The Devicare company was proclaimed winner of the 2013 edition of BioEmprenedorXXI thanks to the development of a preventive system that assesses a patient's lithogenic risk. Through this innovative solution it is hoped to reduce the recurrence of nephritic colitis caused by renal lithiasis (kidney stones).

Devicare received a prize of 10,000 euros and will benefit from a year of accounting and tax advice from Vilar Riba, gain the status of a company associated with the Parc Científic de Barcelona and will have a free stay at Barcelona Activa’s Glòries business incubator.

For their part, Aniling and Cebiotex were, respectively, awarded the first and second runners-up prizes at BioEmprenedorXXI. Aniling, a spin-off from the Institute of Predictive and Personalised Medicine of Cancer (IMPPC) that designs and develops technologies to improve DNA sequencing techniques, was awarded 5,000 euros. Cebiotex, which won 3,000 euros, has developed and patented a technology platform based on membranes of nanofibres that release drugs and are used in local treatment after the removal of tumours. The project has been carried out in conjunction with the Hospital Sant Joan de Deu and the Polytechnic University of Catalonia.

In the six editions held, the BioEmprenedorXXI programme has had a total of 95 entrepreneurial initiatives. Of these, 46 are currently operating as companies and 12 are in the process of setting up. The initiative has awarded close to 193,000 euros in cash prizes, in addition to guidance and training activities.

The awards ceremony took place in Barcelona on 19th November, 2013 in the presence of representatives from "la Caixa", Barcelona Activa and Biocat, sponsors of the BioEmprenedorXXI. During the event, the American investor and entrepreneur, Michael Dillhyon, gave a talk on the Current and future trends in fast emerging biomedical technologies. 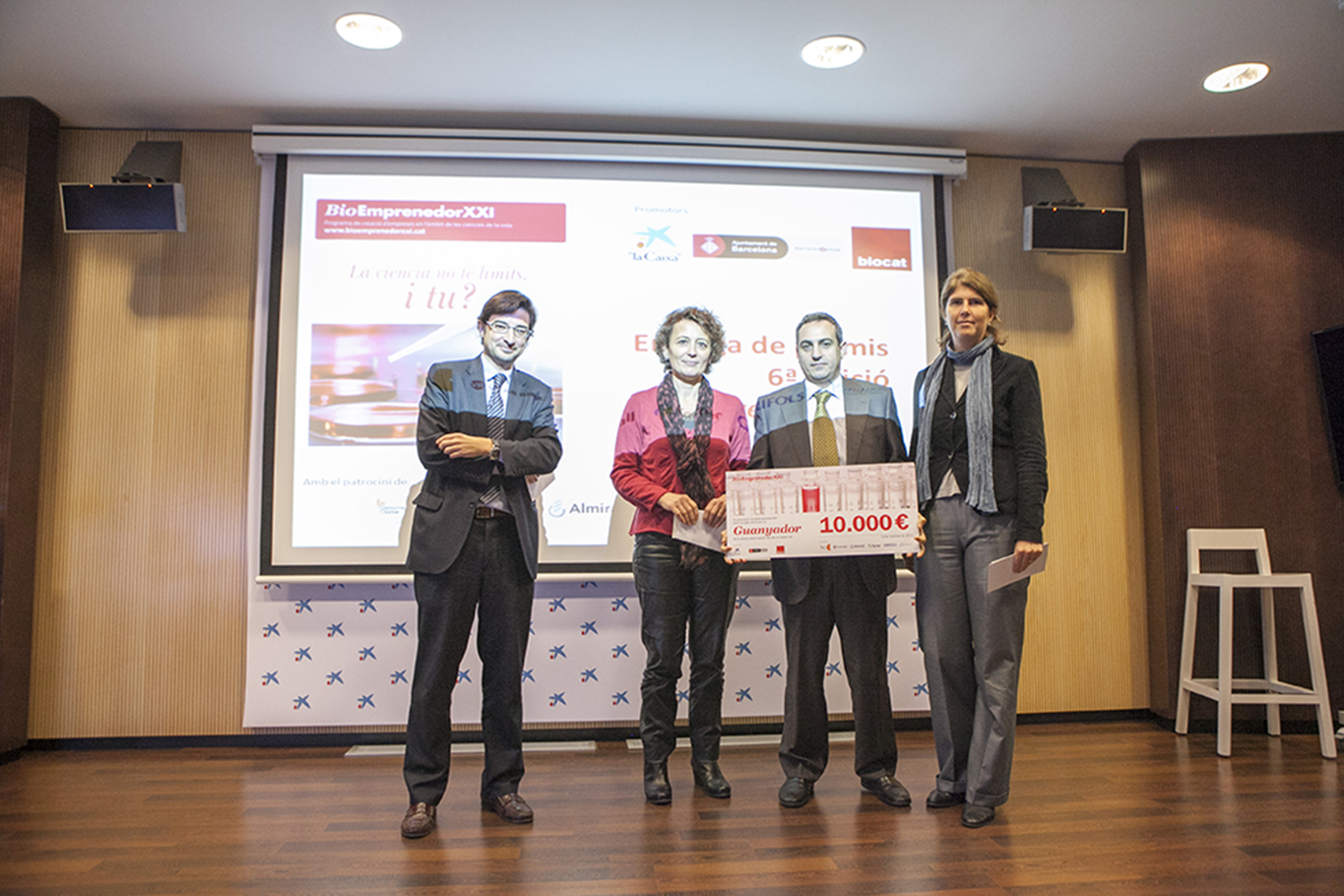